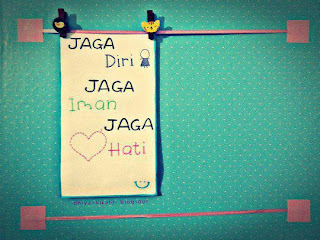 Those dear to us 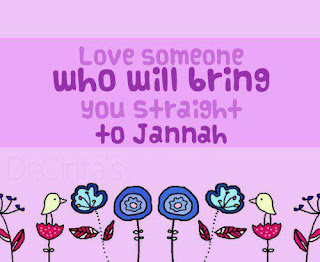 Bismillahirahmanirahim
Alhamdulillah, Allah has given me 2 weeks of holiday, but now im left with 6 days. Im hoping that the remaining 6 days will be filled with good deeds n beneficial stuff. InsyaAllah, insyaAllah, insyaAllah :).
Just came back from JB from my in-laws house. Missing them already :') (including the sisters n brothers)
I always admire how Rasulullah does dakwah to his family because on all, dakwah to our family is the hardest. U just wanna say something, but end-up not saying it because u'r scared somehow u'll hurt them. But actually if u really love them, u rather save them now because u want them to be with u in His Jannah. There are actually alternatives ways that does not require u to even use harsh words or end up hurting them and that is first by giving them love. Huuu, its harder to do than said. It's the same way u do it to ur 'anak2' usrah. I do know an ukhti, she's a sister in law to my usrahmate. It so wonderful on how she manage to dakwah to her sisters in laws, she gave them presents, she invited them to solah together, she made them sit in 'bulatan gembira' in their own home n she gave them love. Alhamdulillah, she touched their hearts so much that they changed eventually (with Allah wills that is) :'). SubhanAllah.
I wish i could be like her. Hoping to be like her. Having the courage to do all that, subhanAllah! N inviting other people to jannah because u love them all :)
Just one thing i remembered ukhti nurani once said "Just make duaa for them, as Allah is the one who holds their hearts" :')
Love,
maisarah, melaka
P/s: was so happy when she was reciting His words. I could not stop smiling :). And when i heard another join 'bulatan gembira', it made me smile even more. Allah! Thank U :')
Posted by maisarah at 11:30 AM 1 comment: